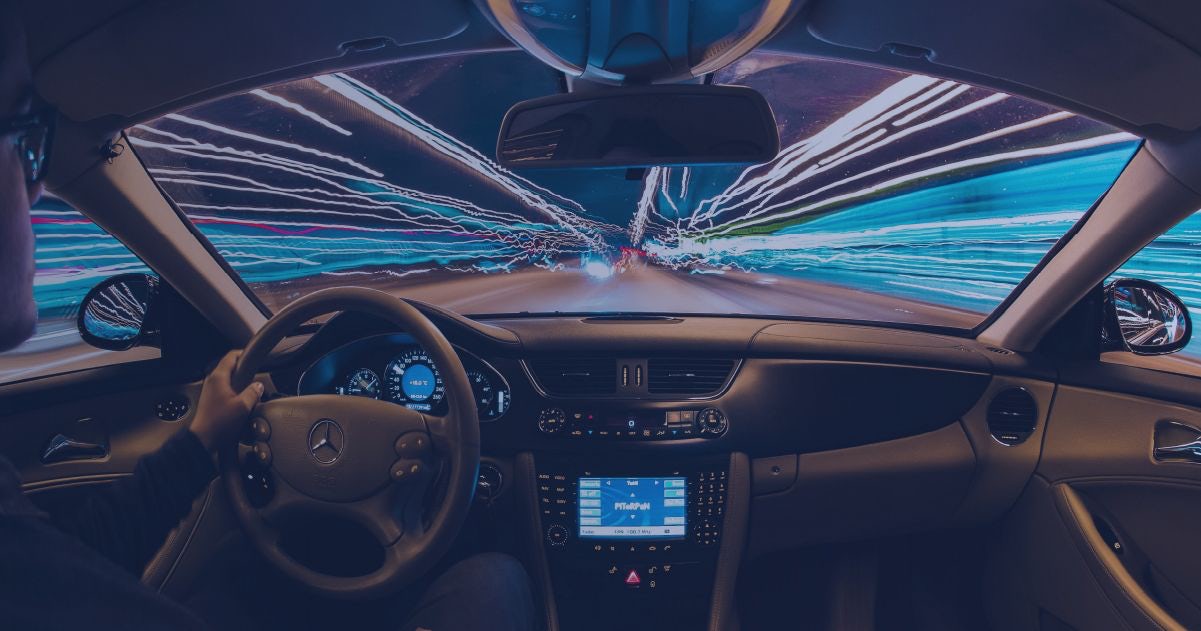 Self Driving Car: Technology Overview, Current Trends and the Future

The last few years were critical for the development of autonomous vehicles. We have seen many key achievements happening across the mobility industry, such as further connectivity, electrification, shared mobility, or autonomous driving.

In 2019, the sales volume of electric vehicles set a new sales record. Automotive manufacturers all over the world are facing problems such as higher expenses required to address stricter regulations, staggering sales, and global trade tensions. As a result, the key risks for the industry have been elevated for traditional manufacturers — in combination with their digitally native mobility competitors.

The Covid-19 pandemic slowed down the speed of innovation in this area as well. Still, 2021 is projected to be a good year for autonomous vehicles.

In this article, we zoom in on the problem of technological advancement in autonomous vehicles to bring you up to date with everything you need to know about this exciting area.

What is an autonomous vehicle?

To put it simply, an autonomous vehicle (AV) is equipped with technology that can sense and interpret its environment, thereby allowing for the vehicle's operation without any human involvement.

The first semi-autonomous vehicle was developed in 1977 by the Japan-based company Tsukuba Mechanical. The first autonomous driverless car could achieve the speed of almost 20 miles per hour by tracing white street markers with the help of two vehicle-mounted cameras.

While in an autonomous vehicle, a human passenger doesn't have to take control of the vehicle at any time — or even be present in the vehicle in the first place! An autonomous car can go anywhere a traditional vehicle can and do practically everything that an experienced human driver does.

By removing humans from the equation, autonomous vehicles bring a host of benefits to both businesses and individual consumers. But before we move on to discuss them, we need to clarify the serious question of naming in this new industry.

We often see the term "self-driving vehicles" being used interchangeably with "autonomous vehicles." However, these are two different things.

In a self-driving scenario, a car can drive itself in some or even all possible situations. But it always needs a human passenger to be present inside of it and ready to take control whenever necessary. Self-driving vehicles are subject to geofencing — unlike fully autonomous cars that can go anywhere. That's why self-driving cars fall under Level 3 of driving automation, whereas autonomous vehicles are considered to represent Level 5 of automation.

What levels are we talking about? Here is everything you need to know about the levels of autonomy in the automotive industry.

The Society of Automotive Engineers (SAE) defined five levels of driving automation, ranging from level 0, which is fully manual, to level 5, fully autonomous. These levels have already been adopted by the US Department of Transportation and set the standard across the entire industry.

This is a key technical challenge we need to achieve to bring autonomous vehicles to this level.

Humans can perceive a large amount of sense information and blend all of this data together to make decisions using both their imagination and experience. They can do that in milliseconds.

Autonomous vehicles need to match and even outperform humans in these capabilities. Otherwise, the technology will never leave labs and experimental projects. We need this kind of capability from self-driving car technology for it to become safe and widespread.

At the same time, legislators need to work out the mode of assessing the safety of such systems on the road. Lack of proper legislation is one of the biggest problems in the industry today and touches many areas of the tech industry. Without legislative frameworks governing autonomous vehicles, we will never see this amazing technology flourish on the streets.

Self-driving cars are becoming more popular every year. Already in 2019, New York City launched a self-driving shuttle service ran by Optimus Ride, a leader in the autonomous vehicle industry. Brand-new implementations of self-driving vehicles are underway and are already present in some environments — for example, as shuttle trains between airport terminals.

That's why the public is bound to become more aware and accustomed to them, paving the way to even more autonomy. Although the current examples are limited in their size and scope, the work is clearly on the way to bringing the autonomous vehicle industry into the future.

There's no denying that autonomous vehicles require substantial funding. Designing, testing, and manufacturing an autonomous vehicle is very expensive. Not every automotive giant out there has the required funds to develop such a technology.

That's why companies are looking to enter into this innovative field partner with each other. This is how they kickstart their projects faster and minimize the risk at the same time. Distributing risk also means distributing success - and developing a successful prototype in this field brings benefits to both partners and their brands.

For example, Ford and Volkswagen joined forces to help the autonomous vehicle industry grow in a deal involving billions of dollars.

Together, the two companies invested in Argo AI, the autonomous vehicle platform based in Pittsburgh, USA, at a valuation of more than $7 billion. Both automakers get to independently integrate Argo AI's self-driving system into their own products.

Working closely with cutting-edge research companies and startups is one way traditional automotive manufacturers are revamping their offer and answering disruptive trends such as autonomous driving.

But startups can also join each other in the race to more autonomous driving. Waymo, a company that belongs to Alphabet (Google's mother company), partnered with Lyft to deploy around 10 autonomous vehicles in Phoenix.

Processing such a massive volume of data while maintaining the lightning-fast response time required by vehicles means that autonomous cars are nothing else than supercomputers on the go. They need the infrastructure that allows storing, sorting, and processing the data fast.

This is where the widespread Internet of Things integration comes in. IoT systems will help autonomous vehicles to communicate with each other on the road. Cars equipped with different levels of audiovisual abilities will be able to navigate congested roadways and reduce accidents originating in driver behaviors.

Moreover, the applications of car data are basically endless. Such data can be incredibly valuable to companies that have vehicle fleets and need to have full visibility into where each car is and how it’s being operated. That's why the Internet of Things and Big Data solutions are going to shape the future of autonomous vehicles.

Processing the massive volume of data generated by autonomous vehicles presents a problem. However, by combining onboard data storage with cloud-based computing, automotive companies can create decentralized computing models that pave the way to success.

It's not only about processing the vast amount of data but also computing it quickly or providing secure storage for highly sensitive information. Automotive leaders are investing billions of dollars into the research and development of cloud-based and hybrid computing models where vehicle data is decentralized. The goal is to improve the accuracy and response time, all the while managing to process data accurately.

This translates to superior experience and greater safety for customers, so it's essential that automotive companies come up with new models of data storage and computing that are in line with these requirements.

Mapping apps, Apple CarPlay and Android Auto, Spotify, and Google Music are just a few examples of the many applications out there built to improve the user experience and keep drivers connected while they're driving.

According to a forecast by Allied Market Research, the global market for car infotainment is going to be worth $21.53 billion by 2026.

In-car applications offer automotive companies the opportunity to add value to the driving experience that goes way beyond entertainment. Such apps provide an important path for capturing and processing data such as traffic congestion, weather conditions, road conditions, POIs, and more. Ultimately, in-car applications can also be used to display ads that are tailored to the user's environment, interactions, and preferences.

Artificial intelligence brings together data processing, the Internet of Things, and Big Data. AI has become critical to automotive manufacturing, be it in the form of ADAS systems or autonomous driving.

It's thanks to sophisticated machine learning algorithms that autonomous vehicles can handle complex situations and navigate traffic easily. They can read traffic signals, offer emergency vehicle control, and monitor the surrounding environment. AI can make erroneous human reactions no longer relevant for driving as it relies on sensors and cameras rather than human emotions to deliver an optimal driving and safe driving experience.

The sector of automotive manufacturing has changed dramatically during the last few decades. Specifically, it has become more automated than ever before. The evidence of this is visible in the overall higher product quality consumers see today.

But this is just the beginning. The digital factory of the future takes this to the next level.

What does it mean for the automotive industry?

Companies will be able to model the manufacturing process in a way to understand areas for improvement, and all the while ensuring high quality and efficiency. Information will be instantly shared between people, machines, and the supply chain. The digital factory will also leverage robotics and artificial intelligence to reduce the rate of human error and continue production even after the human work shift is over.

The future of self-driving car technology

According to McKinsey, resolving these issues will result in c. 50% of passenger vehicles sold in 2030 being highly autonomous and 15% being fully autonomous.

While electrified vehicles are becoming more competitive and accessible, the speed of their adoption varies strongly at the local level. Regulations and consumer acceptance represent key hurdles for autonomous vehicles to become mainstream. Once these challenges are addressed, however, autonomous vehicles offer significant value to consumers — for example, the ability to work while commuting, rest while traveling, or use social media while on the road.

Fully autonomous cars representing the fifth level of autonomy are now undergoing testing in several locations around the world, but none of them are available to the general public yet. According to experts, we are still years away from that.

Here are a few key factors shaping the future of autonomous vehicles:

Some of the most common challenges include lidar and radar. The lidar technology is expensive and still doesn't strike a balance between resolution and range. Moreover, we still don't know what multiple autonomous cars driving on one road would mean for the lidar signals.

Individual personal transportation doesn't cover the entire breadth of autonomous vehicles. Other areas include public transportation, cargo delivery, and specialty vehicles used in mining or farming. All of these vehicles come with their unique challenges, environments, and specific use cases.

We hope this article helps you in understanding the current situation of autonomous vehicles as well as the future of this exciting sector. If you would like to learn more about the technological breakthroughs in the automotive industry, keep a close eye on our blog.

At Codete we have many years of experience in delivering digital solutions to automotive companies and know the most recent technological trends in the industry. If you have any questions, feel free to reach out to us — we can help you develop a successful project that solves any automotive problem area.

Managing Director at Codete. Master of Law, a graduate of postgraduate studies at the University of Economics in Krakow. In his daily work, he masters the combination of business strategy and technology.