How to Be a Good Python Developer? 8 Essential Skills 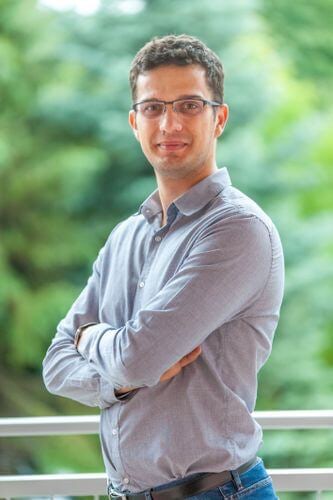 Python developers are in high demand today since the language has become such a popular choice among both cutting-edge startups and innovative enterprises. Python and its rich ecosystem of frameworks, tools, and libraries have become a go-to solution for many areas, from web development to data science and machine learning.

However, if you're looking to become a skilled Python developer, it's not enough to just get the hang of the language itself. This is actually the easiest part.

Here's the table of contents:

Who can take a Python programming job?

Python is today the most commonly used programming language in web development and data science - and its presence is constantly growing. It's especially popular in startup environments where it helps to accelerate the development process thanks to its concise syntax and rich collection of libraries.

Since Python is object-oriented, developers use a wide range of modules that serve different functionalities. So, their first task is creating a module and an algorithm that triggers the particular block and generates results depending on user action. Python developers usually deal with backend components and application connections with third-party web services. But they also give support to frontend developers, especially in web development projects.

There is a reason why so many applications built today use Python. Python is the most popular language for beginners and first-time learners because it depends on common expressions, so it gives programmers a lot of freedom (and get what they need to be done in fewer lines of code). It's also surrounded by a rich ecosystem of libraries, features, and frameworks.

Take a look at Stack Overflow, and you'll see what we mean. So, Python offers excellent community support and documentation.

The most common use case for Python in a startup environment is fast prototyping since writing code takes much less time than in other languages. This allows startups to bring their concepts to life and test them by releasing the MVP to market quickly.

8 skills of a good Python developer

1. Knowledge of the Python programming language

Naturally, to become a Python developer you need to know this language like the back of your hand. You're going to use it every day while working on projects.

Fortunately, if you're already a software developer who has been focusing on other languages, switching to Python will be easy. As a general-purpose programming language, Python is beginner-friendly - and that goes for both absolute programming newbies and experienced developers looking to switch to Python.

You don't need to know every single module but just to get the hang of the basic syntax and semantics of Python to start working with it. Knowing the difference between Python 2 to 3 is helpful as well. A smart Python developer also needs to know its data structures.

Having a firm grasp of Python frameworks is a must-have for developers – especially if you're planning to concentrate on web development. Naturally, this doesn't mean that you need to know them all to be a good Python developer. Depending on the project at hand, you might be asked to know one or the other.

The most commonly used Python frameworks are Django, Flask, and CherryPy.

Read our Django vs Flask comparison >

If you already know Python, it's likely that you've already had a chance to work with at least one of these most popular frameworks.

Frameworks are worth your time because they make your life easier. They have well-defined structures that come in handy when you're trying to understand the core logic of your application.

Using and connecting applications through an object relational mapper (ORM) such as Django ORM or SQLAlchemy is a smart move. It's just so much faster and more efficient than writing SQL. That's why many teams look for Python developers who know how to use it. So, better add it to your Python skills.

We're talking about languages such as CSS, HTML, and JavaScript. Python developers often cooperate with frontend teams to align the server-side with the client-side of the application. That's why it's important for Python developers to understand how the frontend works.

You need to know what is possible and impossible, and how the application is going to look. After all, you're building a digital product that doesn't need to be functional but also look great.

Most of the time, Python developers work with UX/UI designers and frontend developers, so it's essential that you have a common language with them. You don't need to grasp JavaScript like a pro but having some knowledge and experience is a great addition to your skillset.

One of the things developers love about Python is an amazing selection of libraries that make their lives easier. Thanks to libraries, teams can accelerate their work and execute tasks much faster.

Depending on the nature of your project, it's essential to know the libraries that can help you in everyday work. Fortunately, Python offers a library for practically every request and functionality. Take a look around, and you will discover that whether it's natural language processing (NLP) or authentication process, Python libraries deliver everything you need.

What happens when several people work on one thing at the same time? Chaos. That's why development teams use version control systems like Git that allow them to keep track of every single change made to the source code.

Version control is a must-have skill for every developer.

Most job offers you will see on the market will list version control among the key requirements. Fortunately, using version control software like GitHub is really easy. Knowing terms like push, fork, pull, and commit will set you on the path to success.

If you're one of those Python developers who know their way around artificial intelligence and machine learning, you're going to open the doors to many professional opportunities. Machine learning and deep learning are growing really fast, and Python is the go-to programming language for these purposes. If you'd like to work in data science, then digging into the Python libraries created specifically for these functionalities is a smart move.

Naturally, a Python developer's work is more than just writing code. Software development teams need to work together seamlessly to achieve their goals within the required timeline. That's why you need to know how to communicate and collaborate with other people. It's not just about getting the stuff done but also keeping your communication clear enough so that what you do is understandable to others.

Best practices like pair programming and keeping neat documentation draw on your communication skills, so make a conscious effort to improve your soft skills. You'll become a Python talent that everyone will want to have on their team.

Are you a good Python developer?

As a Python developer, your skillset will be your most important treasure. This is what will land you a better job and get you into more exciting projects. Not to mention a higher salary.

Fortunately, you can always gain additional skills - whether it's taking part in open source projects, Python workshops and conferences, or learning new libraries in your free time.

In fact, coding in your free time is the best way to go - especially since you can find a lot of materials on the web like entire courses or webinars. Become an active member of the Python community and contribute to open-source projects. This will allow you to polish your skills and fine-tune your Python knowledge.

We're curious to hear from Python developers about their journey and what it's like to work with this technology today.

Are you going to use Python in your next project? Or maybe you're looking to switch from another programming language to Python?

CTO at Codete. In 2015, he received his Ph.D. from the Institute of Fundamental Technological Research of the Polish Academy of Sciences. His area of expertise is artificial intelligence.